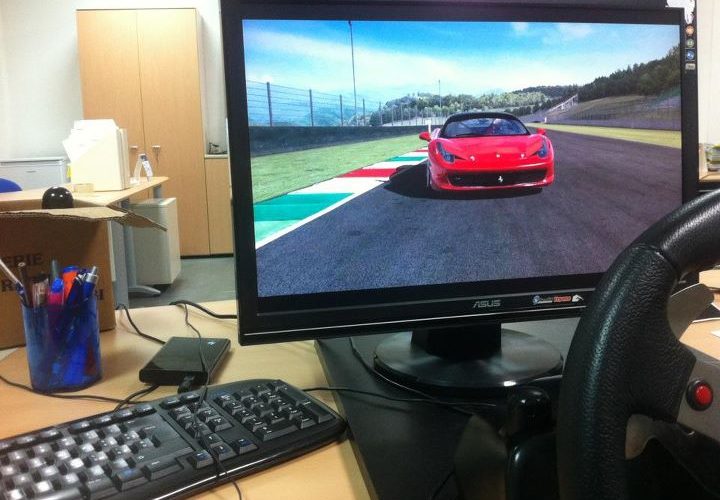 First previews of the “Adrenaline Pack” for Ferrari Virtual Academy simulation have surfaced.

Back in September, Ferrari announced to be releasing new content for their official Ferrari Virtual Academy simulator.

The so-called “Adrenaline Pack” adds the Ferrari F150 Formula One car and the F458 Challenge car to the netKar-Pro powered simulation.

Now, first previews of the new content has surfaced, showing off the the F458 and a first-look at the new HUD that includes indicators for KERS and DRS as both technologies on the F150 will be properly simulated.

Pricing of the pack and its release date have not been announced yet, players who have missed out on the Virtual Academy can check out the VirtualR review here, the complete pack of existing content featuring Fiorano, Mugello and the Nürburgring now sells for 14.90€.

And if you´re interested to see what the winners of the hot lap competition experienced, there’s a story on that as well. It’s unknown whether the release of the content pack will also kick off a similar competition.