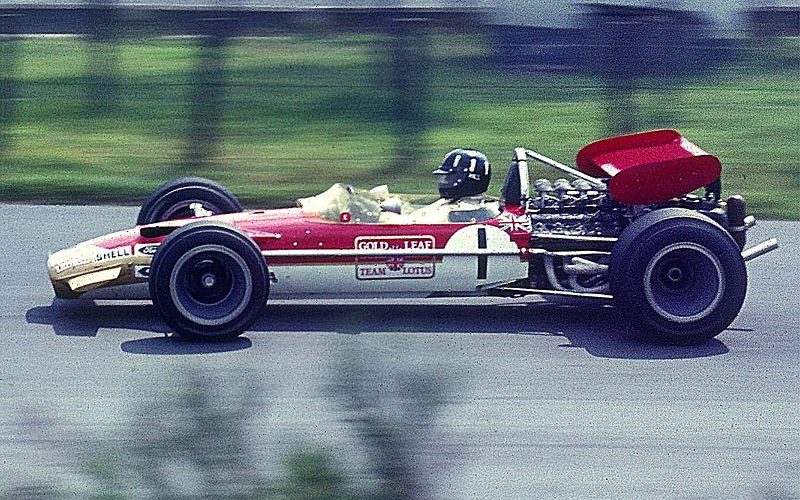 Slightly Mad Studios continues to quickly expand the choice of licensed cars in Project CARS as a new licensing deal with Classic Team Lotus has been announced.

Slightly Mad Studios continues to quickly expand the choice of licensed cars in Project CARS as a new licensing deal with Classic Team Lotus has been announced.

The licensing agreement will bring ten classical Lotus race cars to Project CARS, including nine open wheelers and one one open-top sports car.

The chosen cars include multiple F1 World Championship winners, an Indy 500 winner and plenty of groundbreaking new technologies that Lotus has introduced to the racing world:

Designed by Colin Chapman for competition in the 1962 Formula One World Championship season, the Lotus 25 was the first ever race car to use a monocoque chassis, setting a standard that is still used in racing to this very day.

Powered by a Coventry Climax engine, the car made its debut at the 1962 Dutch Grand Prix and helped Jim Clark to his first Grand Prix win at Spa later this year. The 25 was raced until 1965, winning 14 races and clinching 17 pole positions along the way.

The Lotus 40 marked Lotus last attempt in sports car racing. An improved version of the Lotus 30, the open-top car was designed primarily with competition in the North American Can-Am series in mind.

The Lotus 38 became famous as the first mid-engined car to win the legendary Indianapolis 500. Designed by Colin Chapman & Len Terry, the car was powered by a Ford V8 fuel-injected engine putting around 500hp.

Jim Clark took the car to victory lane at the 1965 Indianapolis 500, proving the superiority of the mid-engine concept and ending the days of front-engined roadsters in Indycar competition. A total of eight Lotus 38 chassis were built and many of its design elements were carried over to the Lotus 49 Formula One car.

Designed around the Cosworth DFV V8 engine that became the de-facto standard in Formula One through the 1970s, the Lotus 49 became one of the company’s most successful Formula One cars.

Like so many other Lotus cars, the 49 introduced an advanced design approach as the Lotus 49 was one of the first Formula One car in which the engine became a stress-bearing structural member of the chassis, a concept that is still used in Formula One today.

The car won its debut race at Zandvoort in the hands of Jim Clark, the Scotsman, Graham Hill & Jochen Rindt went on to score 12 Grand Prix wins and no less than two driver & constructors’ world championships in the 49.

Before being replaced by the Lotus 72 in 1970, Lotus launched a last evolution of the 49 – The 49C. Equipped with front & rear wings, the 49C bridged the gap between the original wingless design and the new aerodynamic design approach that would kick off with the Lotus 72.

Based on the Lotus 31 Formula Three car, the Lotus 51 Formula Ford became one of the company’s most successful race cars.

The 51 offered Lotus’ engineering and racing experience to young drivers looking to make their way up the open-wheel ranks. The car became a massive commercial success as a total of 218 chassis were built and gave racers access to a durable and technically-sound race car for a budget price.

Following three Indy 500 races with the Lotus 38, the company returned to Indianapolis in 1968 with something very different up their sleeve. The Lotus 56 was powered by a ST6 gas turbine that was based on a small aircraft engine.

To tame the massive power the turbine created, the 56 used a sophisticated suspension design and four-wheel drive. Driven by Graham Hill, Joe Leonard & Art Pollard, none of the 56s finished the 1968 Indy 500 despite leading in the latter stages of the race.

Turbine cars were banned from Indycar competition shortly after but the Lotus 56 lived on in children’s playrooms as the “Turbine Lotus” became one of Mattel’s most scucessful HotWheels diecast cars.

Designed for the 1970 Formula One season, the Lotus 72 has made its way into the history books as Lotus’ most successful Formula One race car.

Colin Champman’s “wedge-design” was groundbreaking in many ways, being the first to feature inboard brakes, side-mounded radiators in the sidepods as well as an overhead air intake.

The innovative design led to instant on-track success as the72 clinched 20 wins in 75 races, leading to three constructor world championships and two driver titles. The Cosworth-powered Lotus remained in competition until 1975 and was driven by legendary drivers such as Jochen Rindt, Emerson Fittipaldi, Jacky Ickx & Ronnie Peterson during the course of its career.

Like so many Lotus cars before, the Lotus 78 once again kicked off a revolution in racing as the car was the first to introduce ground effect aerodynamics to Formula One in 1977.

Designed by Peter Wright, Colin Chapman, Martin Ogilvie & Tony Rudd, the 78 used movable side-skirts and a specially-shaped underfloor to create a vacuum below the car that would essentially “suck” the 78 to the road, creating a massive amount of downforce.

The Lotus 78 proved to be an instant success due to it’s vast technological advantage. The car competed in 33 races until the end of 1978, clinching seven wins, seven poles and both the constructors’ & drivers’ championship in 1978.

Based on the 97T, the 98T was Lotus weapon of choice for the 1986 Formula One season, the second in Ayrton Senna’s stay with the team.

The 98T was powered by a Renault EF15B V6 turbo engine, featuring pneumatic valve springs. Depending on boost pressure the EF15B was able to provide more than 1,000bhp in qualifying trim.

The ten cars will be added car by car to the development builds of Project CARS, WMD members are able to follow the development process of each car in the WMD forum and be the first in line to take the machines for a test drive.

Membership on Project CARS starts with a one-time payment of 10€ for Junior membership, for more info on pricing and benefits, please check out the WMD website.