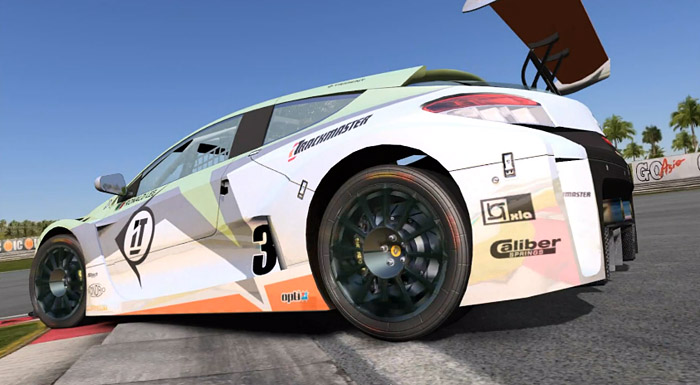 A new update for rFactor 2 and a Track Development update are available.

Following the Build 68 update and the World Endurance GT track pack released a few days ago, Image Space Incorporated has quickly released a follow up version that addresses some small issues introduced with the new version.

The new version is 7.5mb light and available both via the title’s Auto Updater or by following the download link below.

In related news, ISI has released a new Track Development Update as Scott Juliano shares some details on the Palm Beach track that was added with the World Endurance GT pack.

[toggle title=”Click here to read the full update”]Hi all,

We thought we’d take a moment or two to update you all on the current state of rF2 tracks, both released and yet to come. First, let’s talk about the most recent track addition–Palm Beach.

You really wouldn’t think it by looking at it, but it’s a great drive. I’ve had MANY enjoyable races there while we were testing it and getting it ready for its Beta release. It also seems that many people like the look of it graphically. What you’re seeing is a natural progression of both creative process as well as engine refinement. As I’ve mentioned before, many of our earlier tracks were created while the engine was being upgraded and new features were coming online. This makes it very difficult to really achieve a solid, consistent level artistically. Since the first Beta release we’ve been able to slow down and begin to refine not only the graphic engine itself, but also how we (Luc and I) make use of it.

From an artistic stand-point Luc has had time to evaluate the texturing (detail maps, spec levels, etc) and revise those maps we’re finding “below the mark”. Personally, I’ve had time lately to try some new ways of doing things with regards to how tracks are put together to also up my game. Some of these revisions you can see at Palm Beach, others you will see with our next track release. Even more we will start playing with for the following track.

Luc explained it pretty well in an email he sent to Tim and me earlier today: “All our tracks are the results of continuous experiments. Consider them to be like F1’s winter testing: you run a complete program of tests to understand the new car, and then you can focus on what kind of setup tweaks it likes. We have more experience with rF2, and every track will always be an evolution of the previous one.”

That’s a very good analogy to how we’re working–make a new track, try some new things, take what works and apply it to the next and try something else for what doesn’t work. Eventually we’ll end up with very solid, high quality tracks, I think. At that point we’ll take everything we’ve learned and go back and start revisiting the earlier tracks until everything is at the same level (or as close as we can get it).

As for the track we are currently working on–I’m not really ready to say what it is yet, but I’m thinking it will go over pretty well . We have a new car to go with it as well, and it is great to drive already. This isn’t the only track we have waiting in the wings–there are others that support new car series, some that support the series we already have, and a couple more in various states of production. As you saw with Palm Beach, we’ll be releasing these periodically over the course of Beta and beyond as we go into the release and post-release stages.

In any case, we have a lot going on here–tracks being refined, created and planned. We’ll have no shortage of content for you all.

On the modding front, we continue to expand and refine the mod creation and packaging process and the tools to do these things. We’ll have some more info on this soon, so keep an eye out for that.

Anyway, personally, I hope you all enjoying rF2 in its current form, and will stick around to enjoy it more as it matures….