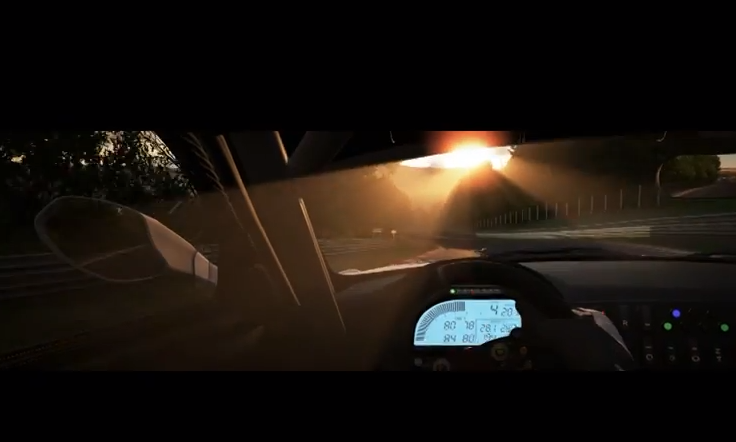 German racing ace has uploaded some new footage of him in action with Project CARS.

German racing ace has uploaded some new footage of him in action with Project CARS.

Usually, Rene lets us watch himself in his home simulator driving, this time we get to see something else as Rene has uploaded some pure triple-screen gameplay footage of him tackling the Nürburgring Nordschleife in the BMW Z3 GT3.

When asked in the comment section about his impression on Project CARS’ physics, the 24h Nürburgring & Spa Francorchamps champion shared the following:

Hi guys, please don’t hate each other just because one doesn’t like Pcars.So now I tell you a short story : 2012 I started Simracing, did some championships during the winter with rfactor but only had one monitor and a Logitech g25. I asked Fanatec if there’s the chance to work together, we found a solution and I went there and by accident played Pcars the first time. I can still remember this moment, I was absolutely blown away by the realism of this game even though it was still in the early stages. After that I went home directly and asked if I could join Pcars. After that I stopped completely with rfactor, drove just some Iracing which I also stopped now, tried AC which I drove couple of times but I just didn’t like it. So now I am just focused on Pcars, the graphics are mind blowing , the development from build to build is just like getting a new present on Christmas Eve and the realism – the feeling how the car turns moves etc is the closest compared to a real race car. This is just my opinion and luckily everybody can has his own , so please don’t hate each other 🙂

Project CARS will be available for the PC, Sony Playstation 4 and Microsoft Xbox One, coming both as standard edition as well as being available as Limited Edition with additional goodies & content.

Project CARS will be sold both as boxed copies available at your favorite retailers as well as via digital distribution on Steam.  More info can be found on the Project CARS website.

The title can now be pre-ordered here.