Slightly Mad Studios’ WMD-powered Project CARS title has hit another major milestone as two million copies have been sold around the world.

Slightly Mad Studios’ WMD-powered Project CARS title has hit another major milestone as two million copies have been sold around the world.

After hitting the one million mark just weeks after the initial release, Project CARS has remained a strong seller ever since, helped by the studio’s comprehensive DLC & game update prorgramme, the game’s eSports activities and extensive support for both the Oculus Rift and HTC Vive virtual reality headsets.

Funded by the studios’ innovative World of Mass Development portal that was launched in October 2011, Project CARS has been shaped by a loyal community that continues to participate in the sales returns of the game to this very day.

Ian Bell, CEO at Slightly Mad Studios, said: “The multi-million sales of Project CARS validates not only our revolutionary racing simulation, but also our unique World of Mass Development platform. From the onset, we believed that our groundbreaking way of funding games, alongside our commitment to working with our customers and listening to what they wanted from a racing simulation, would push us in the right direction.”

Stephen Viljoen, Project CARS Game Director, said: “We’re really proud of what we have created with Project CARS. Two million sales shows that there will always be a place for games made with passion and craftsmanship. This gives all of us working hard every day on the Project CARS franchise an adrenaline boost as we strive to keep creating the games and features our fans want.” 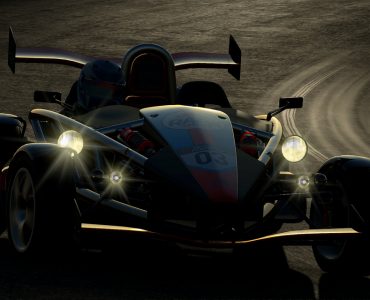