While the graphics for sure look slick, the car’s still don’t sport any manufacturer decals. When I saw the first screenshots, I thought this was because of the beta status. But now I´m getting a sneaky feeling that this won’t change for the final version which is rather disappointing. The 2008 Sprint Cup season has been all about manufacturers so far as a Dodge surprisingly won the Daytona 500, Toyota scored their first ever Sprint Cup win and Chevy struggled heavily until posting their first win. All this seem to be lost in NASCAR 09 as its all spec cars on the screens. 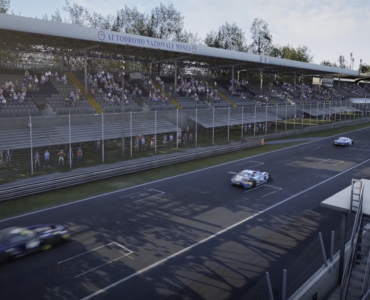