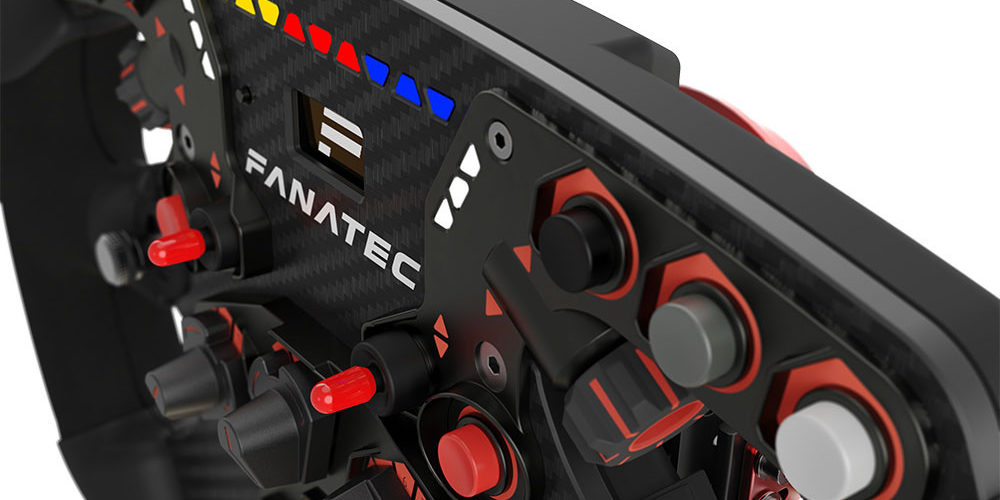 Fanatec has announced another addition to their ever-increasing portfolio of pro-grade sim racing hardware as the Formula V2 ClubSport Wheel Rim has been unveiled.

Wrapped in a very distinctive and racy-looking paint job, the Formula V2 is made of metal and carbon fibre, featuring Alcantara leather grips for comfort and grip. The wheel rim comes with 11 buttons and two paddle shifter buttons, two rocker switches and two 12-way-multi position switches that also function as rotary encoders. The button variety does not stop there as the wheel also comes with an analog joystick, a 7-way “Funky-Switch” and two thumb-encoders.

Feedback to racers is provided by a built-in LED bar and two vibration motors as well as an OLED display, rounding out a very impressive piece of kit.

The Fanatec ClubSport Steering Wheel Formula V2 is officially licensed for both Microsoft’s Xbox One and Windows 10. The wheel is now available for pre-order, selling for 349,95€ in the EU or 349,95 Dollars (plus VAT) in the United States.

Sim Racers who pre-order now will be receiving their wheel by the end of February, more purchasing info is available on the Fanatec website.

Compatible to a wide of bases, the Fanatec ClubSport Steering Wheel Formula V2 is race to be put on the following bases:

However, due to technical limitations, the Formula V2 can not be used on the Clubsport Wheel Base 1 & 1.5 though.