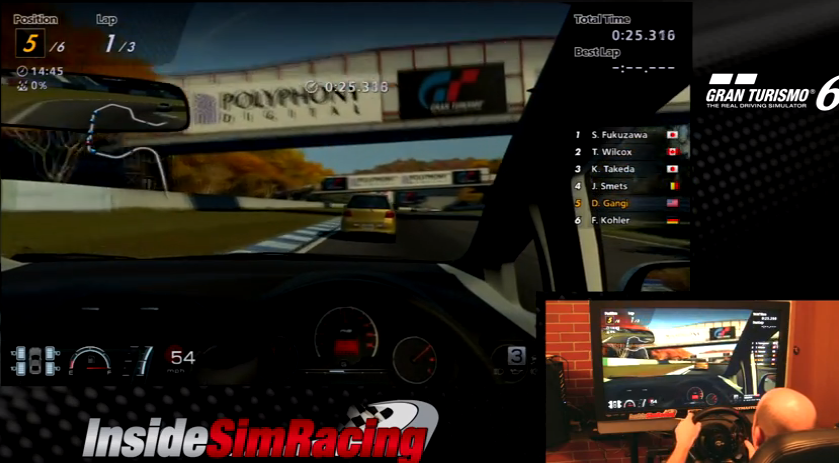 Darin & Shaun of InsideSimRacing.tv have uploaded footage of the first hour of gameplay of Gran Turismo 6.

The release of Gran Turismo 6 is a mere four days away and for those of you who need something to shorten the remaining waiting time, Darin & Shaun of InsideSimRacing.tv have uploaded footage of the game’s first hour of gameplay.

Watch the guys play through the first races using the Thrustmaster T500 RS steering wheel below.

Gran Turismo 6 will come to the Playstation 3 starting December 6. featuring 1200 cars, 150 of which will be new to Gran Turismo.

As announced by Kazunori Yamauchi, the distinction between standard & premium models will remain, the cars ported over from Gran Turismo 4 will be slightly touched up to fit the new title better.

GT6 will also come with 33 tracks, with seven locations being all-new including Silverstone, the home of Nissan’s GT Academy competition.