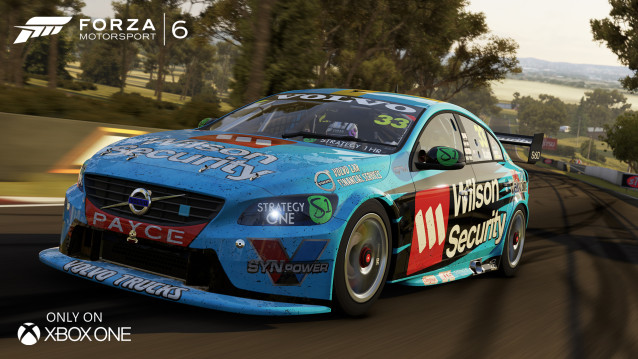 While Forza Motorsport 6 won’t feature the complete series grid, the ten cars chosen to be represented in the game include all five manufacturers that are currently racing in the series.

The following V8 Supercars will be included in Forza Motorsport 6:

Being the second Forza Motorsport coming to Microsoft’s current console generation, Forza Motorsport 6 will be the first title of its franchise to feature both weather effects and night racing.

While players will have the option to race in rainy conditions & during night time, both features will be non-dynamic, not allowing any changes of weather or time progression during events. The latter may have been one of the reasons endurance racing has been cut from the new title as well.

In technical aspects, Turn 10 Studios are aiming for 60fps at 1080p resolution on Microsoft’s platform while raising the number of cars on track to 24.