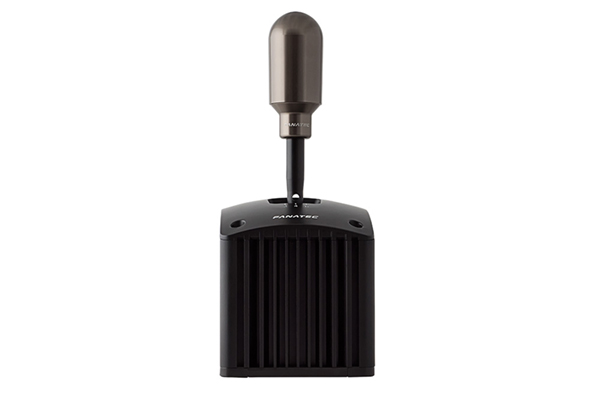 Is Fanatec’s ClubSport Shifter SQ 1.5 the new benchmark in terms of standalone shifters? Read the review to find out!

Starting out with steering wheels whose main attraction was an official Porsche license and the prestigous Weissach-made badge, Fanatec has evolved into one of sim racing hardware’s technology leaders over the years, continuously pushing the envelope in terms of features & quality.

With Fanatec’s lineup of wheels from the ClubSport ecosystem have started to bridge the gap between semi-pro hardware and professional sim racing gear for thousands of dollars, it was only a matter of time until their other peripherals would see the same step up in quality as the wheel range.

Fanatec’s first Porsche-licensed wheels came with additional shifters that were available as both full-manual and sequential sticks. Completely made of plastic, the shifters performed their job but were always sort the weak link of each Fanatec wheel, not meeting the same quality standards in terms of materials than the rest of the wheels and even being outperformed by Logitech’s G25/G27 shifters. The ClubSport Shifter changes all that as Fanatec has thrown all their technological expertise behind a shifting device for the very first time, creating a shifter that is finally worthy to carry the Fanatec logo and what it stands for.

The Fanatec ClubSport Shifter SQ is a two-in-one device, coming both with a 7+1 H-pattern manual mode as well as sequential mode. For those who have no desire to use sequential mode (maybe because they prefer using shifting paddles on the wheel) can also get the non-SQ version that sells 50 Euros/Dollars less, offering only H-pattern mode.

As usual with Fanatec, the ClubSport Shifter is fully adjustable as sim racers can adjust the resistance needed for the shifting process via a built-in adjustment switch that can be accessed using a hex-key.

Furthermore, users can also use their personal choice of shifting knob as the ClubSport shifter is compatible to all standard aftermarket shifting knobs, two different versions for manual & sequential use are included with the shifter.

Being a device that is tailored towards more ambitious sim racers, just like the ClubSport wheel base the shifter does not come with any sort of build-in clamping mechanism to mount the shifter to a table as Fanatec expects most of its customer-base to bolt the shifter to some kind of cockpit, racing rig or wheel stand, which can easily be done using the four screw holes at the bottom of the device. Those who want to use the shifter without any solid racing peripheral as a base can find the required table clamp in Fanatec’s webshop, selling for an additional 29 US-Dollars / 39 Euros.

Unfortunately, an additional purchase is also needed for owners of non-Fanatec wheels as the shifter only comes with the neccesary cables to connect the shifter to a Fanatec wheel – PC users who want to use it as a standalone device need to purchase the USB connection kit for 24,95 Euros (19,95 Dollars).

As usual with Fanatec’s ClubSport line, absolutely no corners have been cut in terms of built quality, a fact that becomes instantly apparant when unpacking the device. The ClubSport SQ shifter comes in a massive metal casing that feels very heavy and comes off as extremely rugged.

The neatly-designed base almost looks and feels like it has been made from one solid piece of metal as everything looks and feels absolutely seamless and well-rounded, from the high-quality metal construction to the neatly engraved Fanatec logo & shifting layout on top of the device.

Even after continuous usage for several weeks, the shifter still feels as new thanks to the high-quality technical internals that have been further beefed-up with the 1.5 version of the device that is being reviewed here.

Taking the shifter for a spin for the first time couldn’t be much easier: Simply mount the shifter, connect it, map the shifter in the controls section of your favorite sim and off you go!

Going from sequential to H-pattern mode is easy, simply set the built-in slider mode-selector in the desired position. Putting the shifter in sequential mode locks the shift gate to only allow up & down shift movements as needed in sequential mode. Mode changes are painless and easy, not requiring a reboot of the device or the software (depending on the simulation used). The H-pattern mode comes with a smart little detail as well as the reverse gear has been locked to prevent sim racers to accidentally put their car into reverse in the heat of the moment. To put your car in reverse, the shifter needs to be pushed down to access the reverse gear, the same applies to 7th gear that is seldomly used on most cars.

Sim racers who aren’t comfortable with the stock resistance setting can tweak it by inserting a 5mm hex key into the adjustment screw hole on the side of the device. Cranking the resistance all the way up is not recommended unless you’re looking for a serious workout as the shifter becomes remarkably stiff in high settings, requiring an incredible amount of force to push in the gears.

Comparison With the Competition

Being a standalone shifter, the ClubSport Shifter’s natural competitor aren’t the low-tech addon-shifters to steering wheels such as the Logitech G27 but the one other mass-market standalone shifter available – Thrustmaster’s TH8A.

While the TH8A is a fine product in its own right, one can’t help but feel that the Clubsport Shifter simply has the edge in pretty much all regards. Fanatec’s built quality is just an edge above the Thrustmaster shifter that still uses plastic in some areas and the engineering that went into the shifter’s simply a tad more thought-out on Fanatec’s part.

Perhaps the biggest drawback of the TH8A is the less-than-seamless switch from manual to sequential mode. While Fanatec owners get there by simply using the built-in mode selector, Thrustmaster owners have to unscrew the shifting knob, switch the shifting plate and screw the knob back on.

What sounds like a quick task to perform can become quite tedious, especially for sim racers who switch back and forth to cars with different shifting modes all the time.

Fanatec waited quite a long while to give us their take on a standalone shifter and it’s safe to say that it was worth the wait. The Clubsport SQ shifter is pretty much a flawless product, boasting great design, exceptional build quality, ease of use and fantastic usability.

The shifter looks good, feels good and using it is an all-around satisfying experience. The built-in mode switcher is a time saver for those who go back and forth between different cars, making it easy to always use the correct shifting mode for each car.

While it’s almost impossible to find a gripe with the actual device, Fanatec’s accessory pricing policy leaves a lot to be desired. While not including a table clamp with the device is understandable as a big chunk of the device’s target demographic simply does not need it, making people pay another 30€ for an adapter just to make the device USB-compatible is very hard to justify.

Those who don’t mind paying a little premium will get an excellent device that has certainly set a new standard in ist product category.

The Fanatec ClubSport SQ Shifter 1.5 sells for 199 US-Dollars in the US and 259 Euros in Europe, it’s exclusively available in Fanatec’s web store.