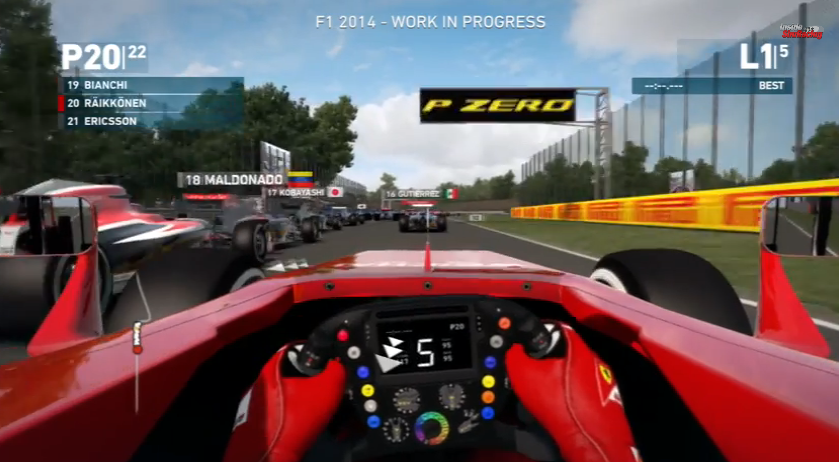 Darin Gangi of InsideSimRacing.tv has gotten his hands on Codemasters’s upcoming F1 2014 title, sharing his initial impressions with us.

In the video below, Darin takes the Playstation 3 version of the new title for a spin, using the Thrustmaster T300 RS wheel for a quick race at Monza in the Ferrari.