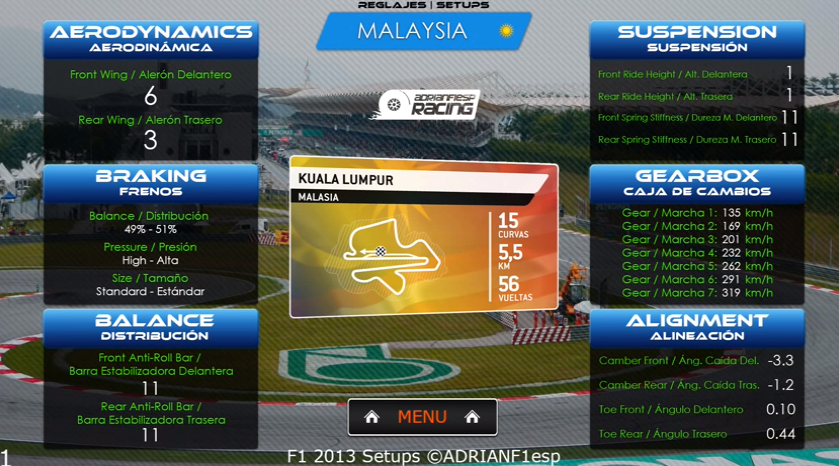 Codemasters have released the second patch for their F1 2013 title.

Codemasters have released the second patch for their F1 2013 title.

The patch addresses various issues as listed below, the patch is available via Steam. A console patch including the applicable fixes is currently being tested and will be available later.

In further news, AdrianF1ESP has released a neat video with his setups for F1 2013, including setups for all tracks in both wet & dry conditions.