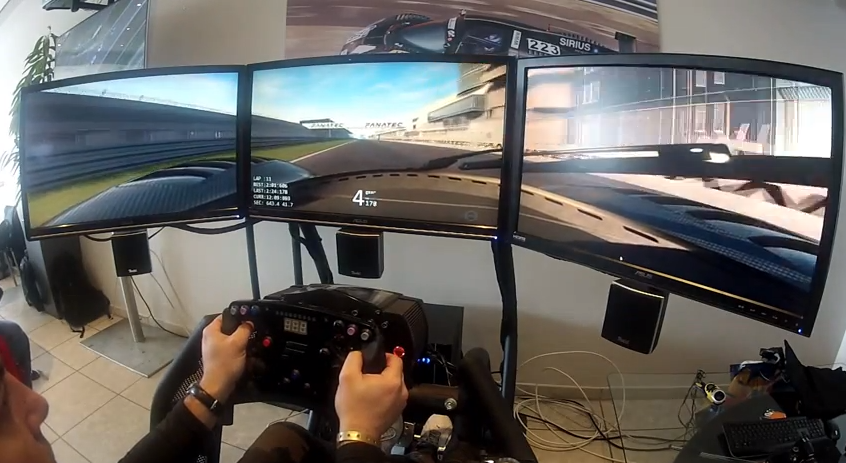 A first video of the Nürburgring Grand Prix track in Assetto Corsa has surfaced.

A few days ago, I posted first photos of the Assetto Corsa simulator in P4/5 Competizione’s lounge at the Nürburgring 24h race.

The simulator features a first version of the Nürburgring Grand Prix track, a venue not yet officially announced for the upcoming title. Now, a first video is available, showing a lap around the Eifel track in the Italian race car.

The big mystery remains whether Assetto Corsa will include the iconic Nürburgring Nordschleife as well. Kunos Simulazioni’s presence during the race seemed to be a lucky charm for the team as the real P4/5 finished 12th overall despite a refueling fire on late Saturday afternoon.